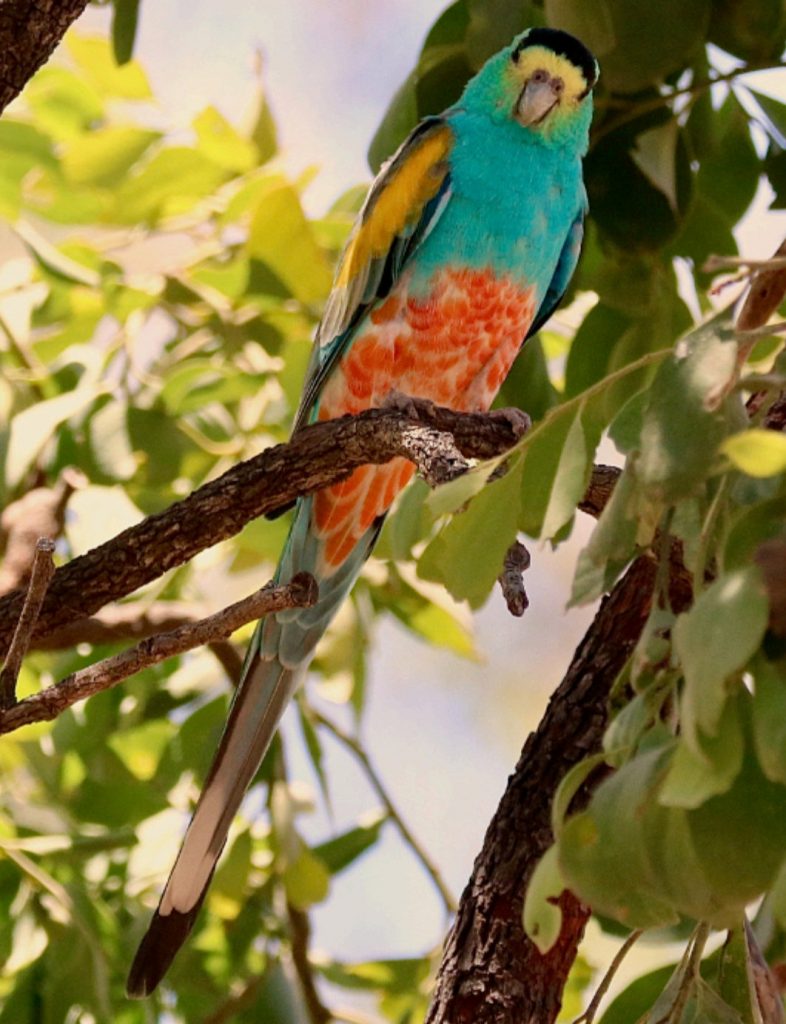 The Golden-shouldered Parrot’s preferred habitat is open forested grasslands. Red-rumped, Mulga, and Hooded Parrots belong to the same genus. The four species are all about the same size. Golden-shouldered Parrots are seed eaters. They rely on grass seeds and nest in burrows in termite mounds close to the ground. Mound-building termites are grass eaters, so grass shortages result in less termites and less mounds as well as less seed for food for parrots.

Population estimates vary in the 2,000 to 3,000 range but one report suggests as few as 300 breeding pairs. Their range is an area of less than 3,000 sq km inland from Princess Charlotte Bay on mid Cape York Peninsular. Handbook of Australian New Zealand and Antarctic Birds (HANZAB) reports their range has decreased since 1990. Forshaw states both their range and numbers have declined markedly since the early 1900s. Data on Golden-shouldered Parrots is quite patchy. Aviary birds are recorded at 54grams. HANZAB has no weights for wild birds. Australian Bird and Bat Banding Scheme (ABBBS) Database reports birds banded total 358, the first banded in 1993 and last in 2000. If any golden-shouldered Parrot has been banded since 2000 it should be on the that database.

Golden-shouldered Parrots are threatened by factors including:- overgrazing, invasive plants, thickening of the tree cover, feral predators, native predators, introduced animals damaging or destroying termite mounds, human activities which damage grasslands and termite mounds, collecting specimens for museums and for the pet trade and wildfires. Poor fire management and cattle grazing seem to be the greatest threats. Collecting should be a thing of the past but this isn’t guaranteed. Termite mounds can be in short supply for the reason outlined in the first paragraph. 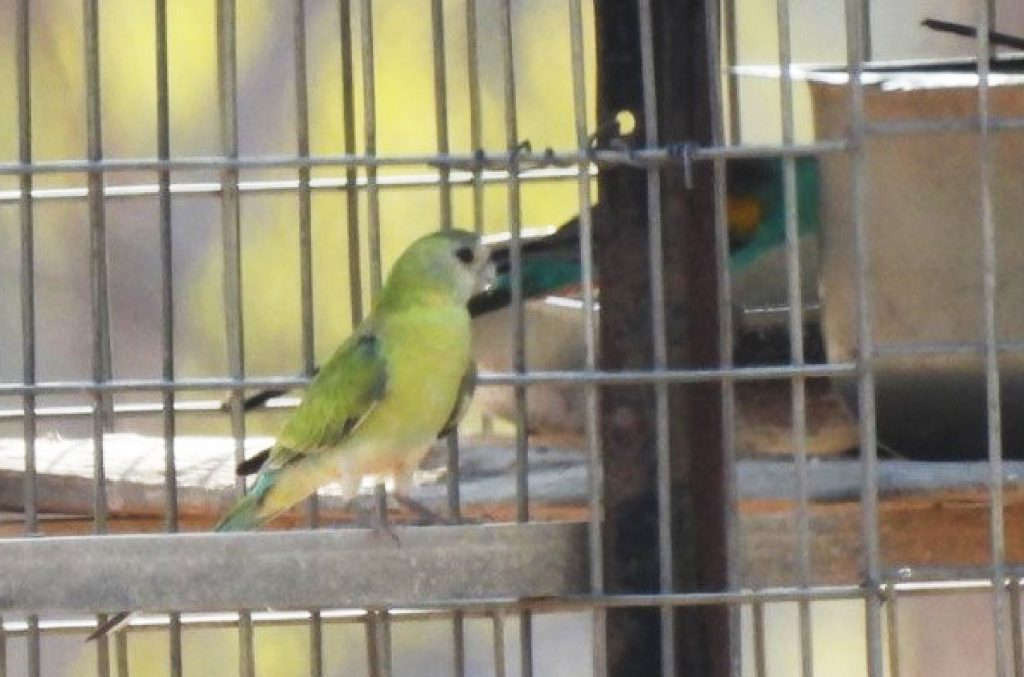 One of the easiest places to see the golden-shouldered Parrot is Artemis Station, about 23 km south of Musgrave Roadhouse on the Peninsular Development Road. The Station owners, Sue and Tom Shepard, are golden-shouldered Parrot lovers aware of the need for conservation. They provide feeders at a number of sites which are roughly built but are well designed to protect the parrot from predation while feeding. The steel mesh is of such size that the parrots and smaller birds can enter but larger ones cannot. The feeders are in reasonably open places not overshadowed by trees. Predatory birds (e.g. Black Butcherbirds) perch above feeding or nesting sites to swoop on birds feeding or entering nests.

Through ignorance and other human activities, we managed to lose one species of this genus, the Paradise Parrot. Hopefully we are smart and responsible enough to not lose another species, the Golden-shouldered Parrot. 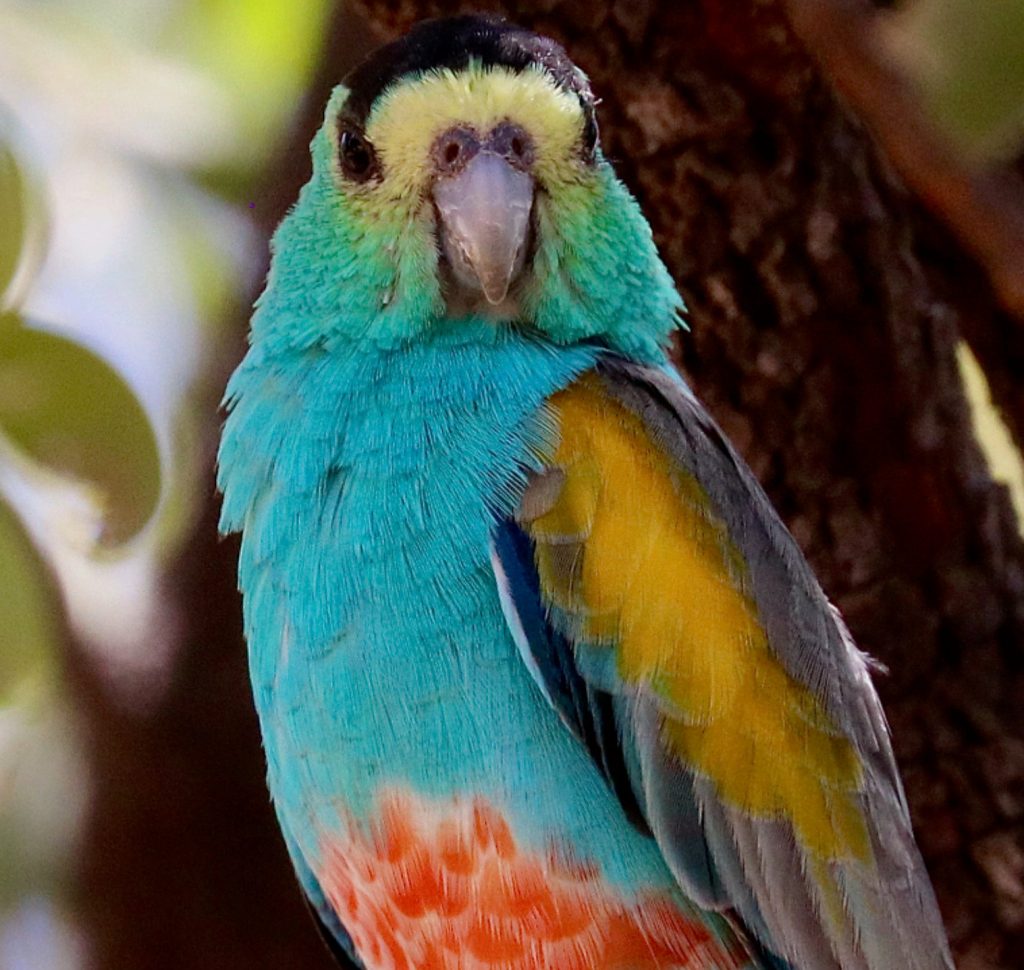