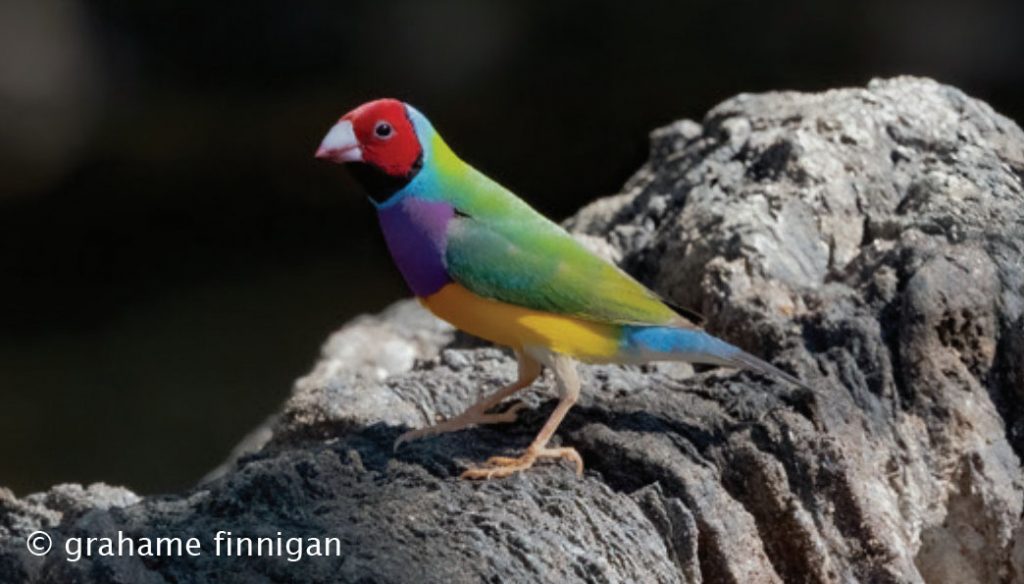 A member of the Estrildidae family, described by Gould 1844. Linnaeus’ original word Astrild was supposedly a reference to the Waxbills’ red bill and facial markings but this doesn’t make sense. It may refer to fire or flame of love. Swedish poets used the word Astrilda as a name for Cupid.

The genus Erythura, means “red tail” from the Greek eruthros, red and oura, tail. The species name is for Elizabeth Gould of whom John Gould felt so highly. Mrs Gould’s red tail!

Until the middle of the twentieth century Gouldians were regularly reported from north east Queensland and as far south as Homestead, but they are now Endangered. In 1984 G. M. Storr, in an article entitled “The distribution of Estrilidine finches in Queensland” wrote that Gouldian Finches were rare or locally extinct. Sunbird Vol 14(1) The Queensland annual bird report for 2017 documented zero Gouldians in Cape York Peninsular bio region and only three in the Einasleigh Uplands, some possibly captive release birds.

In February 2018 Dr Ray Pierce and Patrick de Geest, “Eyes on Wildlife” proprietor, were surveying for Northern Gulf Natural Resource Managers in a remote part of the Einasleigh Uplands. On the last morning of the survey, they discovered c.100 Gouldian Finches at an undisclosed site.

The Gouldian Finch is difficult to spot in the bush despite the magnificent plumage. Such a beautiful small bird with a lifespan in the wild of only about two years seems such a waste. I cried when I heard that. 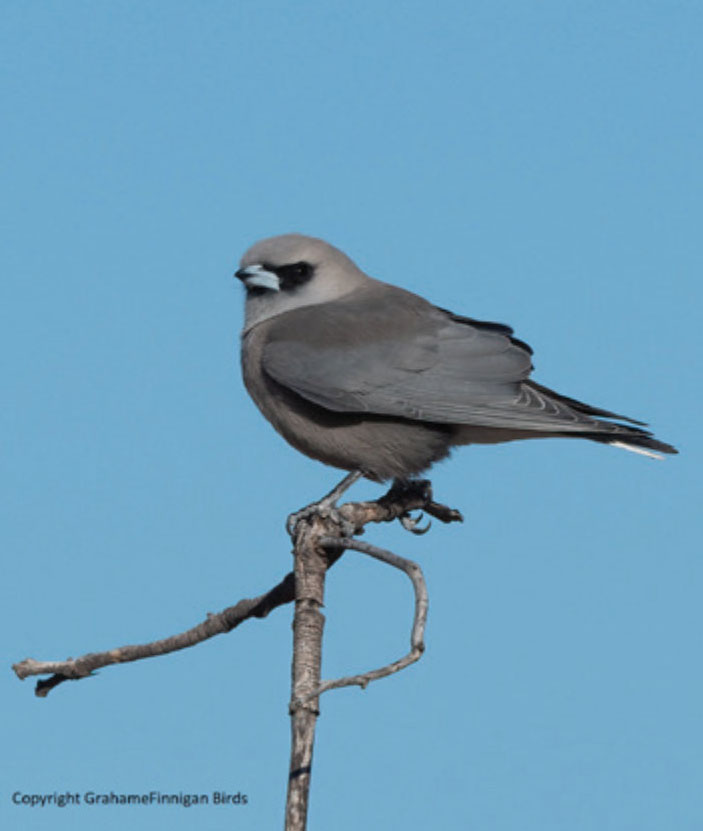 Distances are vast and Ray’s team of many talented and enthusiastic citizen scientists have found that the best way to detect the Gouldian Finch is to look for flocks of Woodswallows, especially the noisy and conspicuous Black-faced Woodswallows, Artamus cinereus. These woodies are magnificent creatures with high intellect and the team is finding that they have a strong association with Gouldians. I have learnt that on detecting a flock of Woodswallows, to listen intently for the Gouldian calls.

The composition and role of the interspecies association and what the Woodies receive in return is being investigated by Ray’s team.

Shifts in Gouldian habitat use and diet throughout the year is also being examined in relation to fire and grazing regimes. Naturally, being grass-finches there needs to be good grass seed around. Perennial grasses such as speargrass, firegrass and sorghums are included in the diet as in Northern Territory, but the Queensland birds are revealing many surprises in broader diet and habitat use.

The research may help us to better understand the needs and threats of Gouldians which can then be used to promote their conservation in Queensland. Thanks to Dr Ray Pierce and Grahame Finnigan for help and photos. 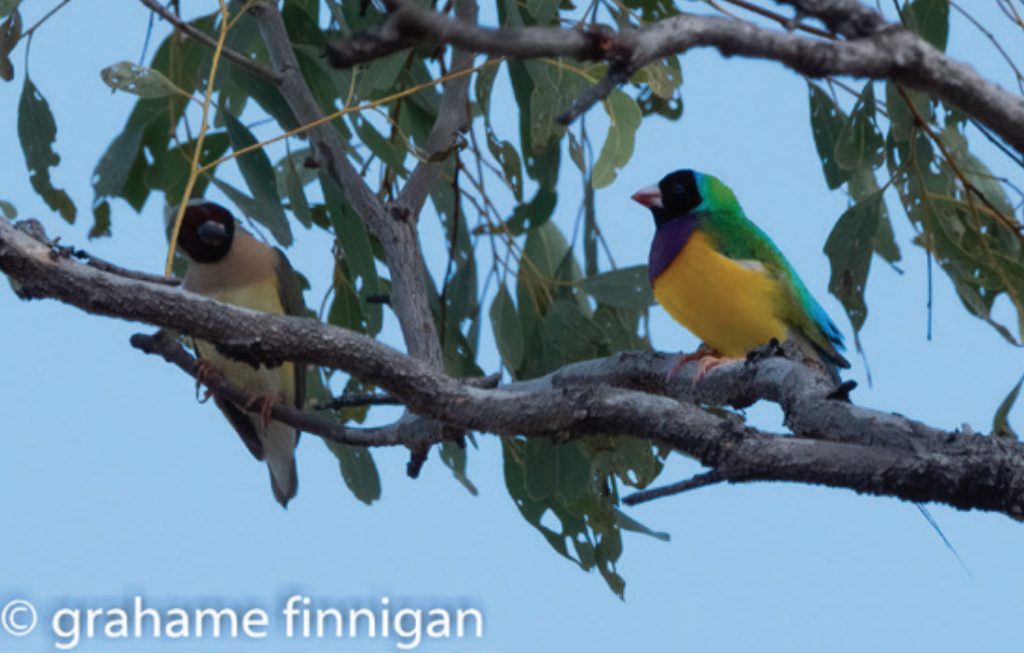