The Great Egret is possibly our most photogenic bird, if not the most photographed. Its slow stately movements while hunting are an easy target for the camera and it’s preference for shallow waters means there is often a nice reflection or at least a delightfully contrasting coloured background.

It is our largest all white heron, and is only confused with the smaller Intermediate Egret when it is standing in a hunched position. Then the long neck with its characteristic ‘S’ shape with a definite kink is not visible and we need to confirm that the yellow gape extends further back than its eye. 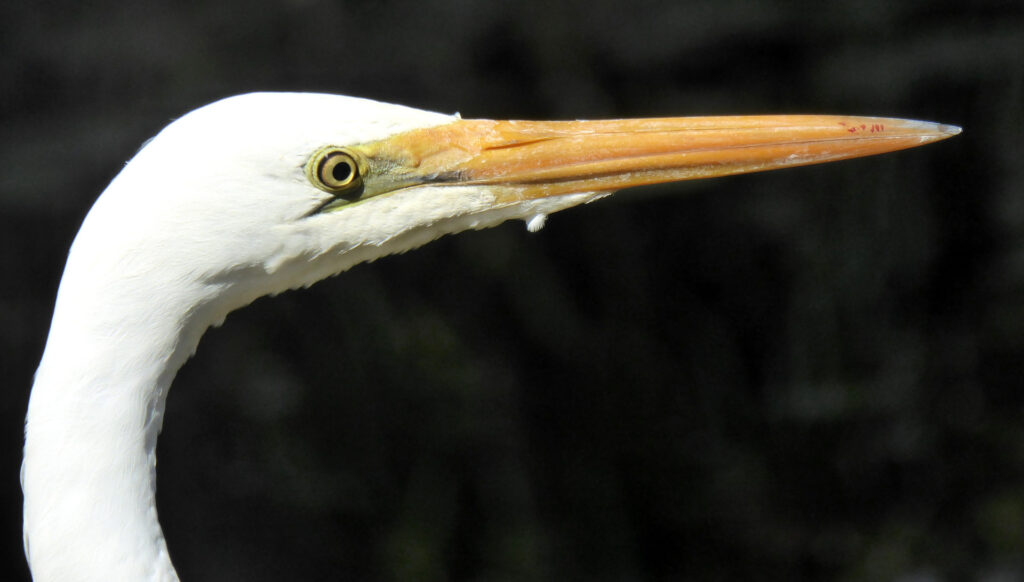 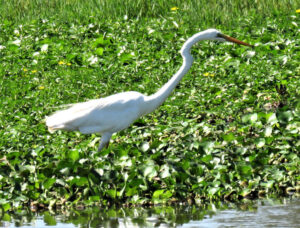 It stands over 1 metre tall and has a wingspan of 1.7 metres, all white feathers and has a yellow bill and black legs. Like all herons it usually flies with a slow and deliberate beat of its wings. In the breeding season there is a very obvious patch of fine lacy feathers on its back and for a brief period the beak becomes darker and the legs become paler. The courtship display performed by a breeding pair involves the fanning of these plumes in a quite spectacular manner. 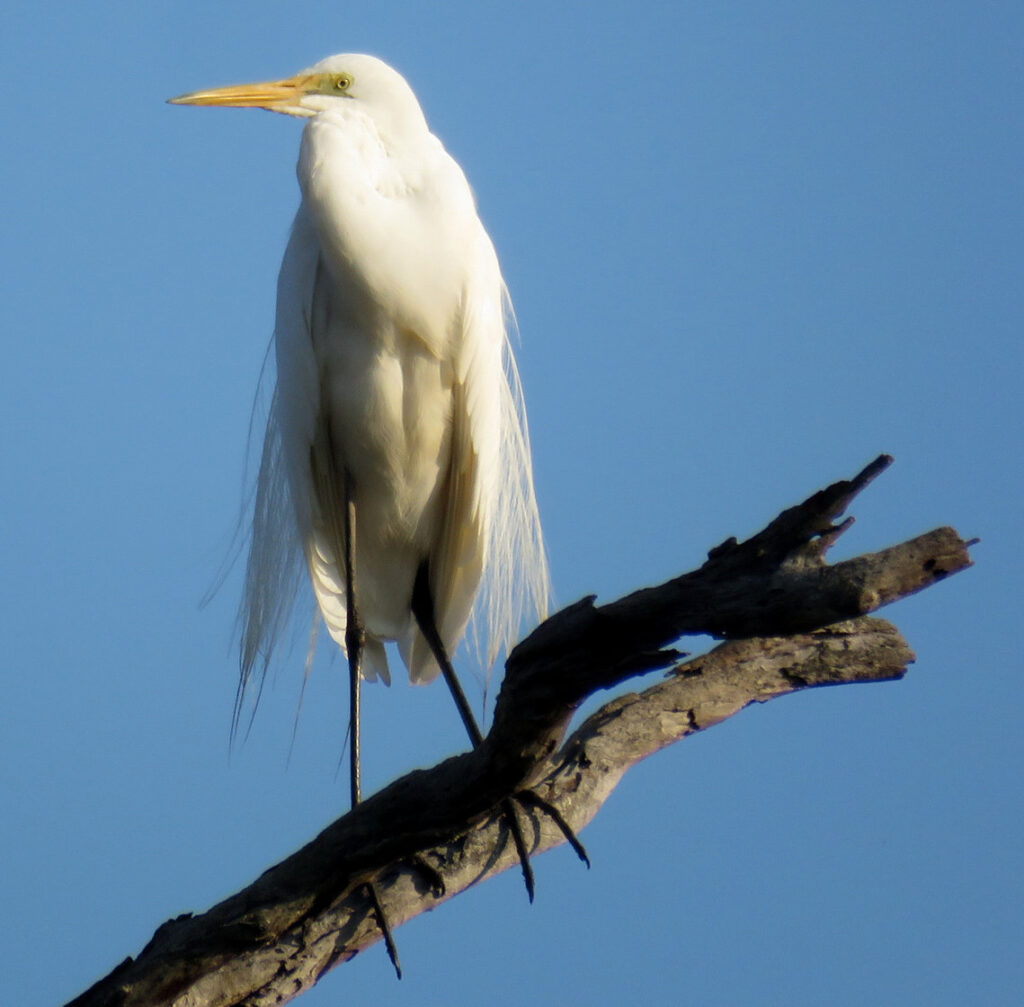 Nesting occurs in mixed colonies with other egrets, herons and ibis, and its nest is at the top of the highest trees, along with any Spoonbills. The colonies are located over water, often in mangrove areas, and surveys of those along the Gulf rivers in 2009-2013 found a total of 32 colonies with Great Egrets breeding in half of them.

A breeding pair will share the duties of incubation and feeding the young and they normally have 2-3 eggs. Incubation takes 23-24 days and the chicks fledge at 6-7 weeks, although the young birds are quite aggressive towards each other while in the nest. These egrets are ready to breed at two years of age.

The preferred food of Great Egrets is small to medium fish but they will also take frogs, crustaceans, grasshoppers and even small rodents. They will move away from wet areas into grassland when there is an opportunity for food. They may even steal prey from other herons.

This species is found all around the world and its range in Australia covers almost the entire continent. There are four subspecies (IOC v12.1) – egretta in the Americas, melanorhynchus in Africa south of the Sahara desert, alba across the old world from Europe to Asia and our modesta from South-east Asia to Australasia. It has also been known as the White Egret, Eastern Great Egret or Great White Egret. And in the International Union for the Conservation of Nature’s Red List it is classified as ‘Least Concern’.

During the 19th and early part of the 20th century this species was regularly killed for its breeding plumage which was used in women’s hats. This devasted the population around the world as both of the adults were killed and the chicks then starved to death. Opposition to this cruel trade was the catalyst for the creation of the Royal Society for the Protection of Birds (RSPB) in England and the Audubon Society in America. This latter organisation features the Great Egret in its official symbol.