The Square-tailed Kite Lophoictinia isura (STK) is endemic to Australia and a forest canopy specialist. As with many of Australia’s twenty-four diurnal birds of prey, it is widespread and uncommon. Whilst being a habitat specialist and threatened in some areas, the number of STKs may be increasing in near coastal environments.

Many raptors are difficult to readily identify. The STK thankfully has some attributes that lend it to at least shortlisting for identification. STKs have relatively broad wings, with primary feathers widely and deeply spread (wing tip ‘fingers’) when soaring in flight, and a long tail. It is often observed cruising seemingly effortlessly and gently circling over or through the forest canopy, with upswept wings tilting side to side. What drives this is a ‘low wing-loading’ – a large wing area relative to body mass. Adults typically have a reddish head with striking marked white face and streaky underparts – quite obvious even at some distance. 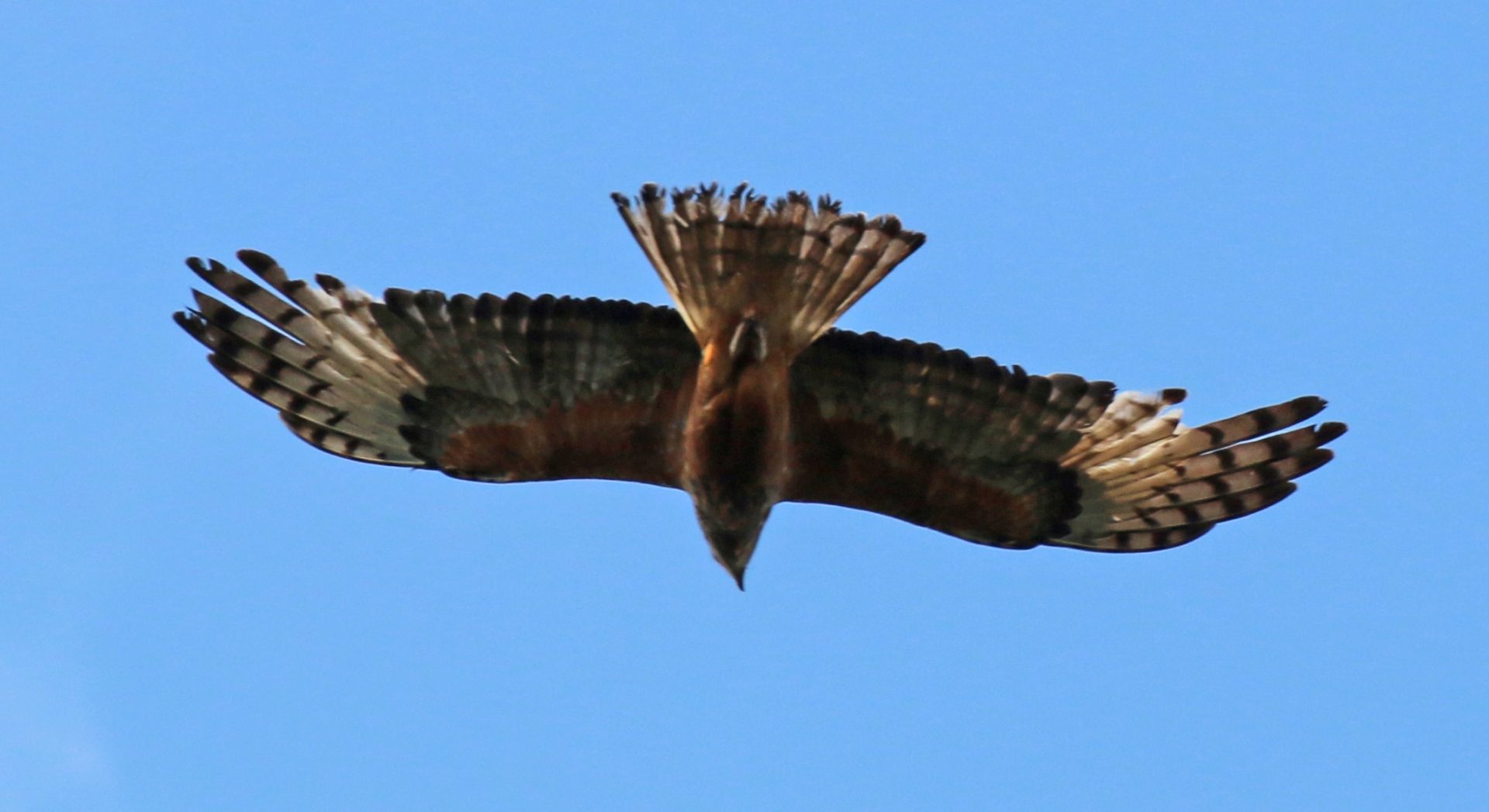 The STK diet consists mostly of the eggs and nestlings of passerine birds that build nests in canopy foliage. Adult birds are also taken. Insects, reptiles, paper-wasp larvae and tree-frogs are also recorded as prey. The breeding season is recorded as being from July to December with pairs nesting solitarily. The nest is typically a platform of sticks and green foliage in the fork of a living tree in suitable forested areas. 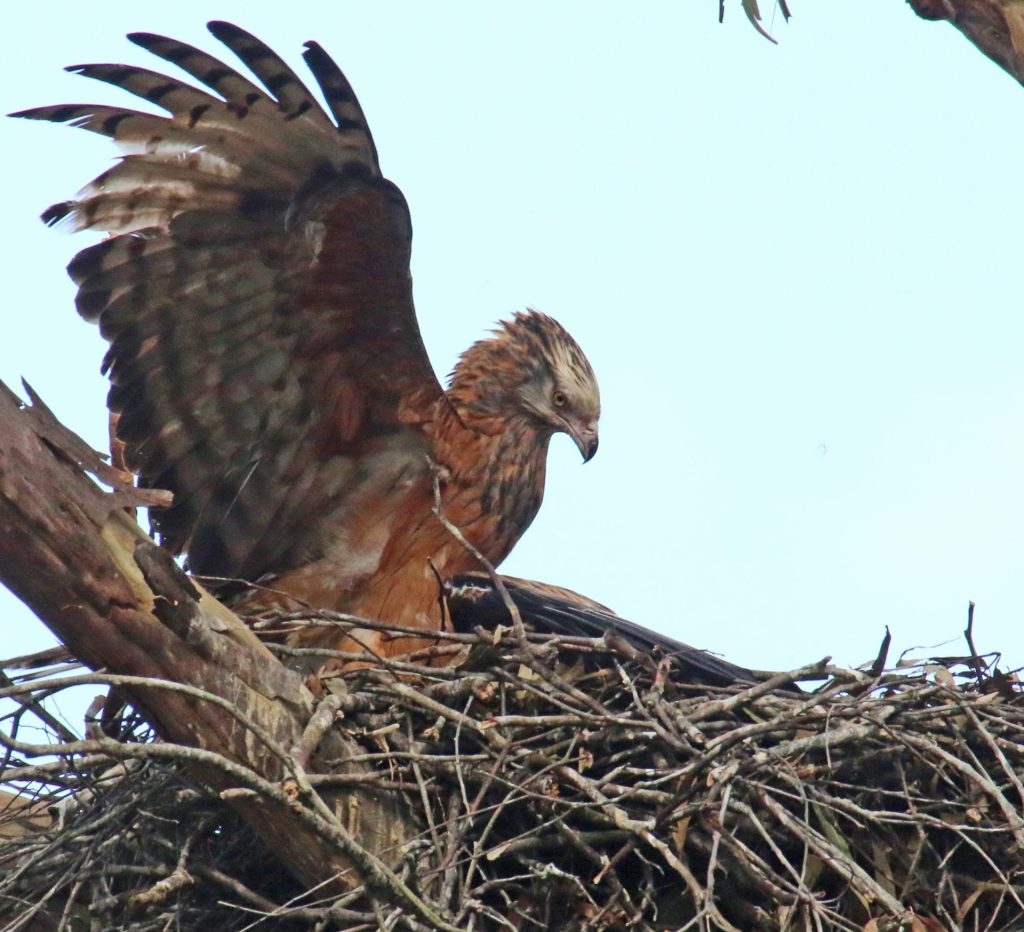 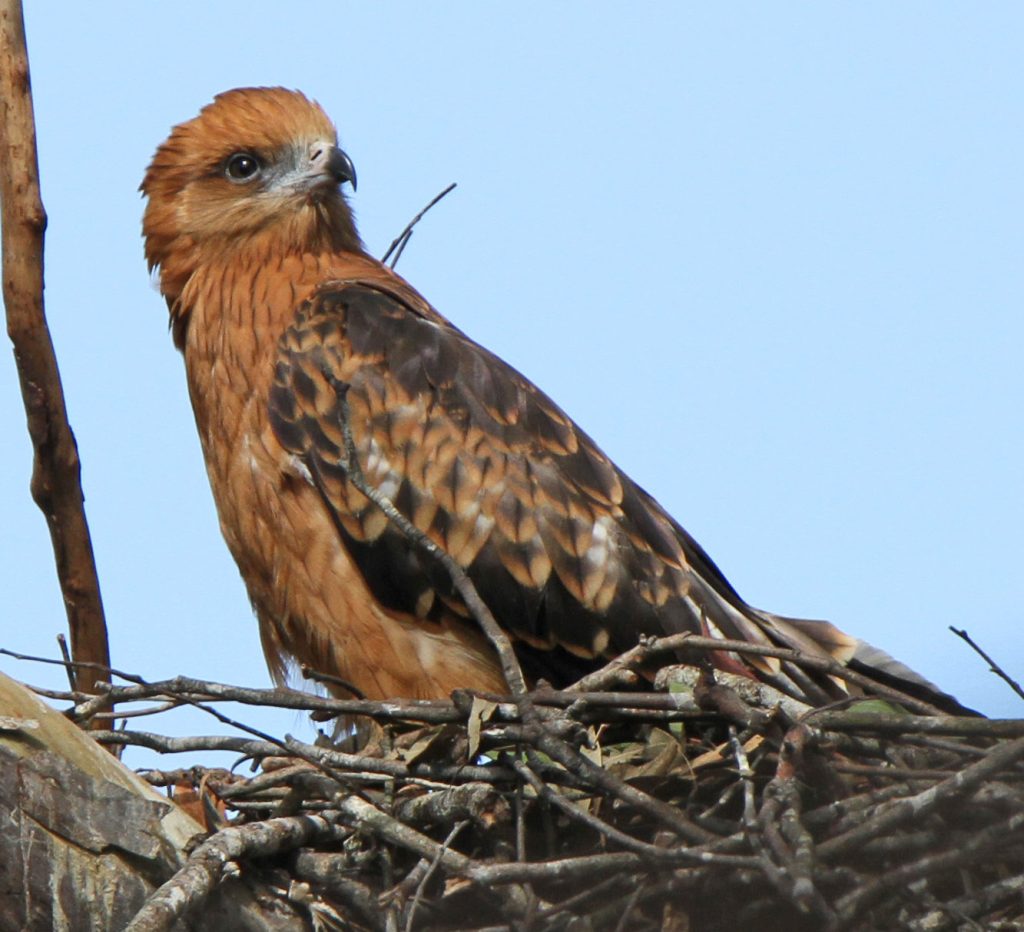 The STK is an uncommon, widespread species. It inhabits a wide range of forest, woodland, heathland and riverine habitats, avoiding the arid treeless areas and alpine environments of the continent. It is recognised as under threat in South Australia, Victoria, and New South Wales. The STK is partially migratory. Based on 2017 eBird data, the STK occupies suitable habitat across most Queensland bioregions occurring from Cape York, down to South East Queensland, and west to the Channel Country.

Whilst a canopy specialist and threatened in some jurisdictions, the number of STKs may be increasing along the eastern seaboard, including in urbanised coastal areas. Successful breeding may also be occurring. The STK appears to be tolerating or adapting to the fragmented landscape in these areas – a mix of bushland remnants, riparian corridors and well-treed ‘rural residential’ lands on the edges of urban centres.

Factors influencing this situation may include the relative abundance of small passerine prey in milder, coastal landscapes, lack of persecution and perhaps less obvious, interspecific competition or aggression. Research into an apparent increase in STKs near Bendigo, Victoria identified a decline in abundance and nesting of the Brown Goshawk Accipter fasciatus as a possible partial explanation for increasing STK numbers in that area. Such a process may also be playing out in parts of Queensland.