The tiny (~11 gram) Yellow-legged Flyrobin (YLF) Kempiella griseoceps has a slender, appealing “jizz” which is hard to describe, but is well-captured by an original painting (see Scambler et al. in Further Reading below), and by the images on this page. The bi-coloured bill, dark on top, yellow below, and the yellow legs, are distinctive. It’s an uncommon but widespread resident in mid-montane rainforest in New Guinea; the Australian subspecies K. g. kempi feeds and nests in the mid to upper canopy of rainforest and nearby open forest on Cape York Peninsula. It was first collected there in 1913 near Paira (home of the Jardine and Vidgen families, who charged visiting naturalists ₤1 a week for board*), by ‘Robin’ Kemp. Kemp worked for G.M. Mathews on Cape York and in the Gulf from 1912-1914, and Mathews published the name ‘Kempiella’ in his honour. However unnoticed by Mathews, C.W. De Vis at the Queensland Museum had already described the New Guinea subspecies as Microeca griseoceps in the 1890s. We use Mathews’ name Kempiella today, which was restored following a new genetic study by L. Christidis and colleagues in 2011. Such is the evolving nature of avian taxonomy over time. 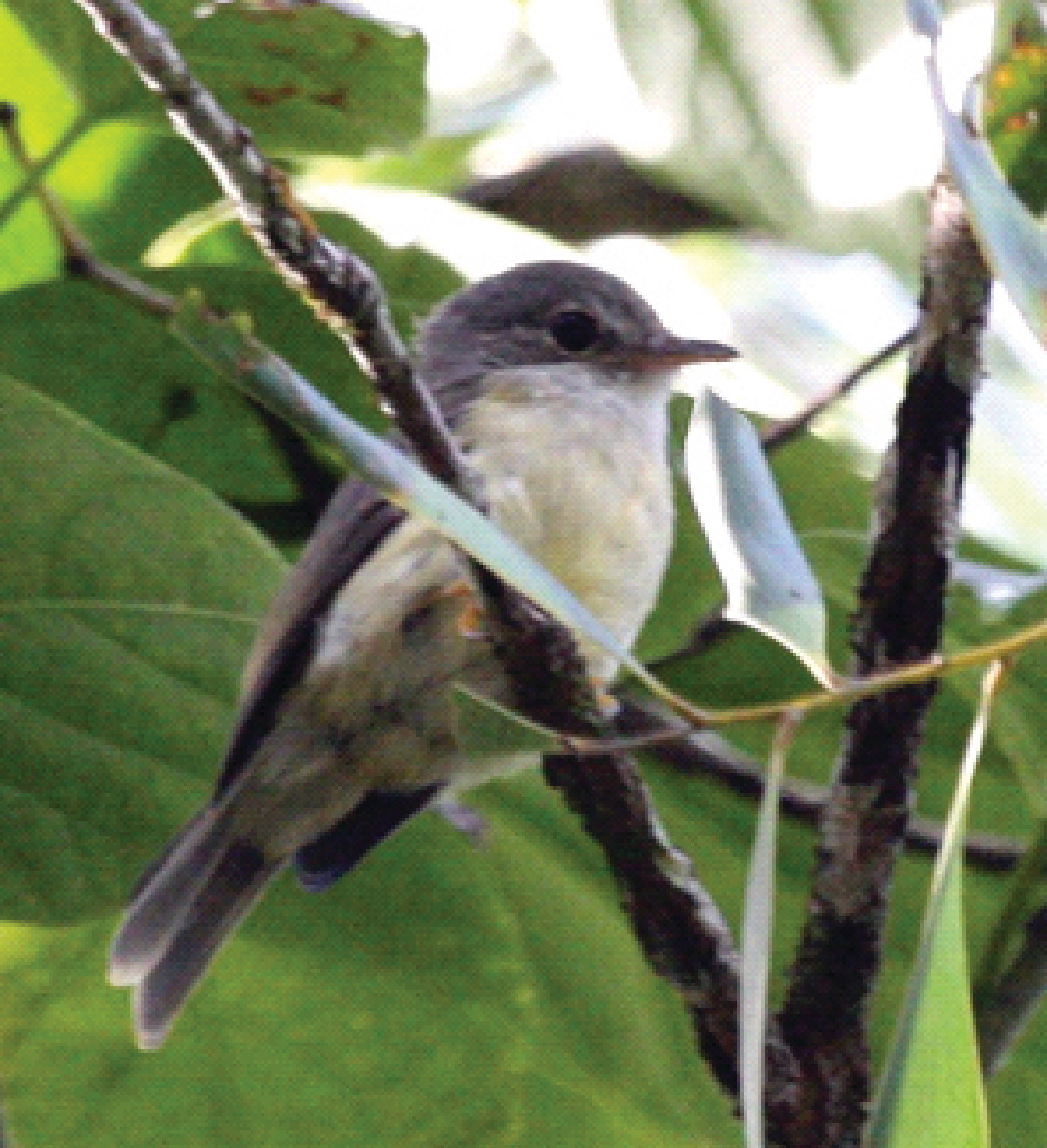 The main call has been well-known since soon after its original discovery on Cape York, “a subdued piping call which resembles ‘Zzt, zzt, zzt’ given out in a low tone and repeatedly” (MacGillivray): there are several recordings on eBird and xeno- canto. However the nest and eggs of the YLF were unknown until young birdwatchers Ruth and Eric Sticklen discovered a nest while living at Lockhart River in 1977, and carefully measured and recorded the details; Richard Noske wrote up the discovery for Emu in 1979. The nest is a small cup made of rootlets, paperbark and lichen, bound with spider web. 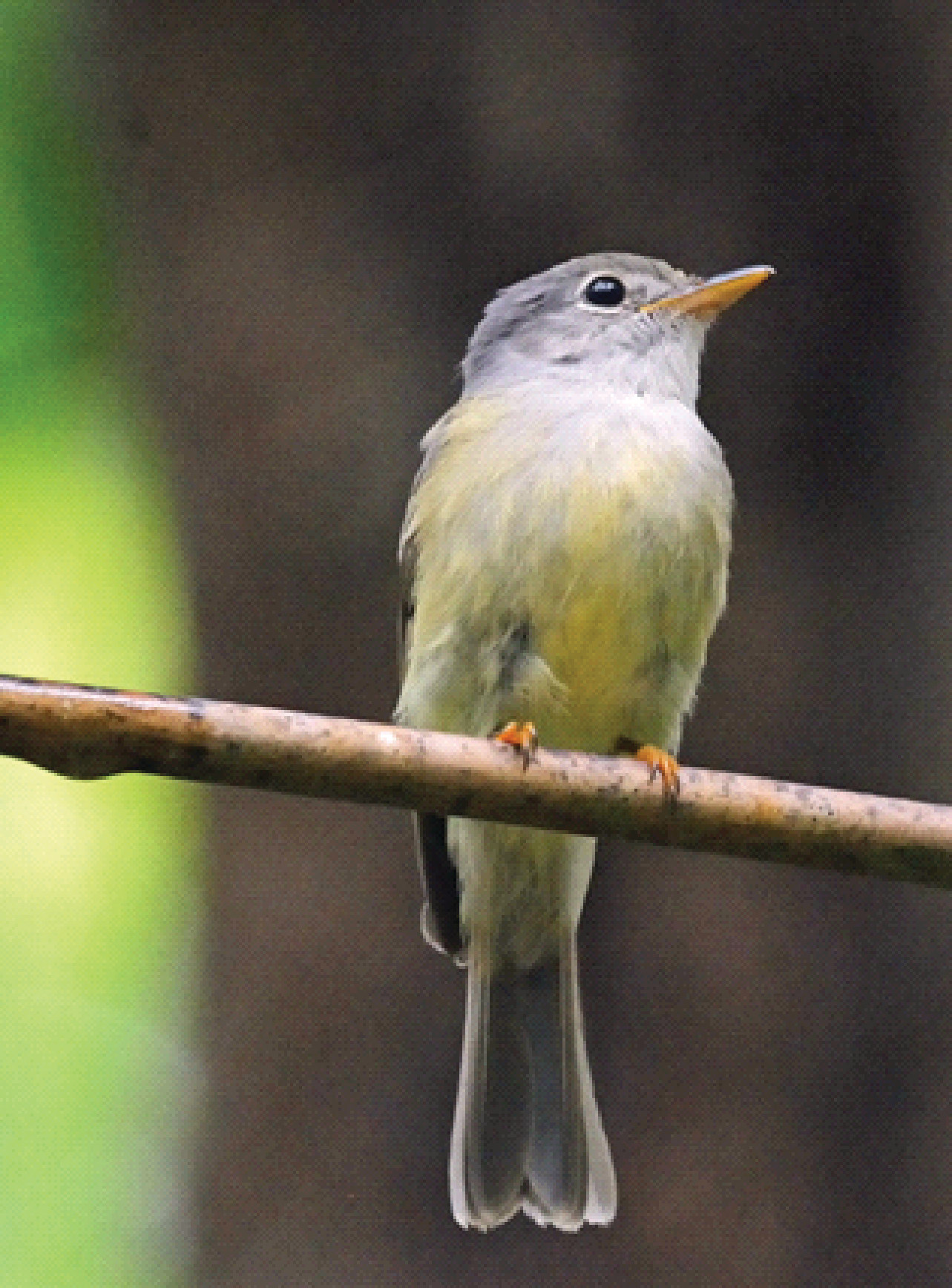 Remarkably little has been written about YLF behaviour in Australia. MacGillivray noted in 1918: “This bird has the ways of a Flycatcher, making short flights from branchlet to branchlet and occasionally into the air to capture a passing insect”. In 1989 Ian McAllan observed an intriguing display involving three birds, with tail-wagging and a scolding ‘chit’ call which apparently, has not yet been recorded. Several items in the HANZAB (2002) account (e.g. on voice, foraging) need to be set aside, as the observations were made on the Atherton Tablelands. Based on original diary notes from the 1940s, 1960s and 1970s – and with the benefit of today’s Birds Queensland guidelines for rare sightings and range extensions – we now believe these records were mistaken: they were possibly immature Pale-yellow Robins. The full story is free to download . 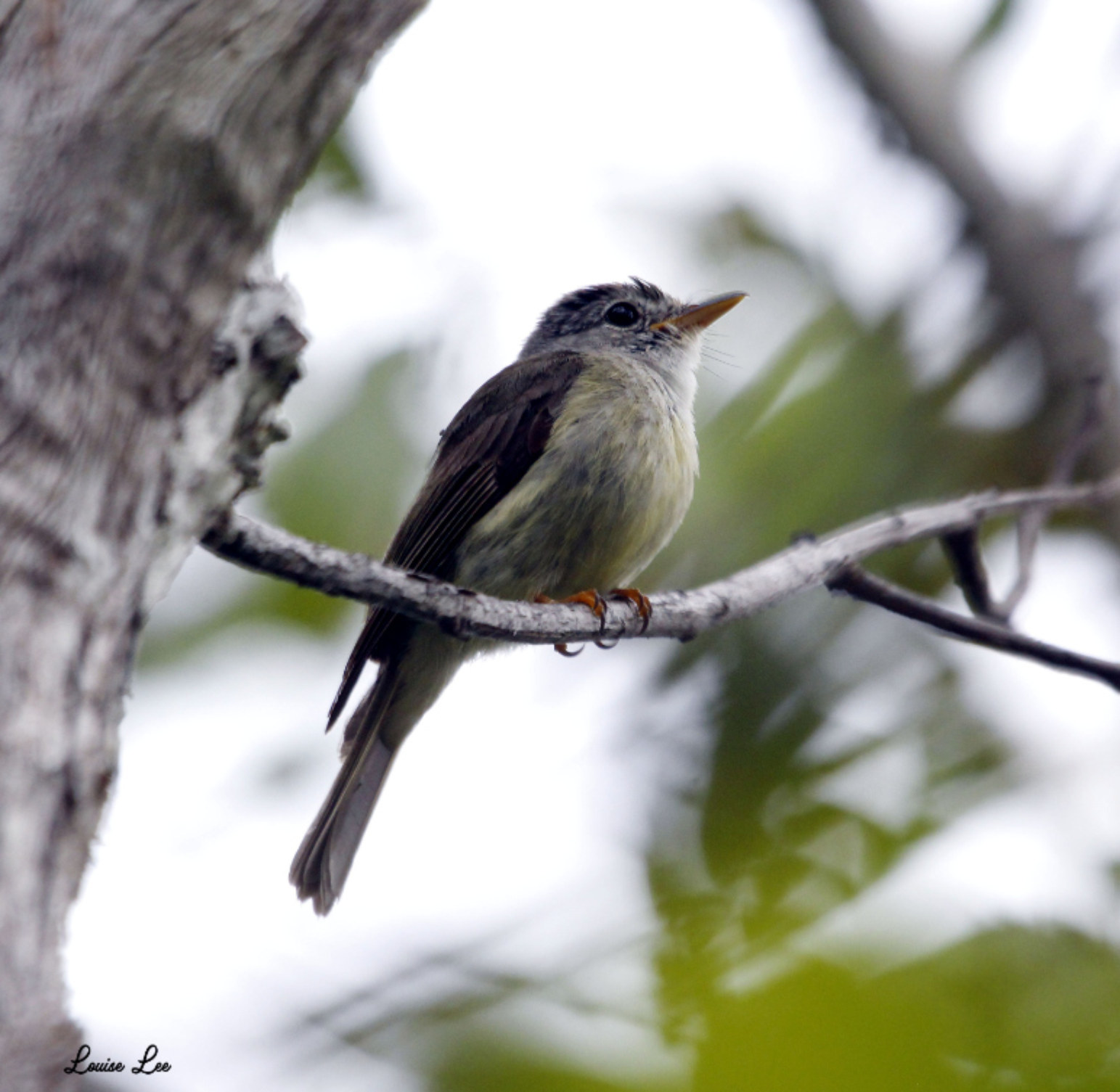 Every BQ member who is fortunate enough to encounter the YLF on Cape York can add to our knowledge of this intriguing little bird, by carefully noting movements, calls, foraging, prey, and interactions with conspecifics and others. Photographs of all these aspects would be very valuable.
* Mrs Vidgen’s “very reasonable” board and lodging charges at Paira are from the letters of WDK MacGillivray to William Rae McLennan, at the State Library of Victoria.