There are two sub-species of this gregarious bird: dalyi in inland northern Australia and cinerea in eastern Australia. In Queensland, Apostlebirds are mostly found in the arid or semi arid woodlands west of the Great Dividing Ranges, but there are small populations in drier sub-coastal areas such as Samford valley (where I live) and Anstead west of Brisbane.

You probably know that the common name reflects the ‘typical’ size of the family groups as perceived by early settlers, but did you know that Apostlebirds have a strong musky odour? This is most noticeable on still days and I have used it to detect the presence of Apostlebirds if they are preening unobtrusively in vegetation near my chicken pen (which they raid for seeds) on my property at Wights Mountain. HANZAB suggests this unexpected feature may be related to anting, but I have never smelled an ant to confirm! Personally, I doubt this hypothesis, but I don’t have a better one. 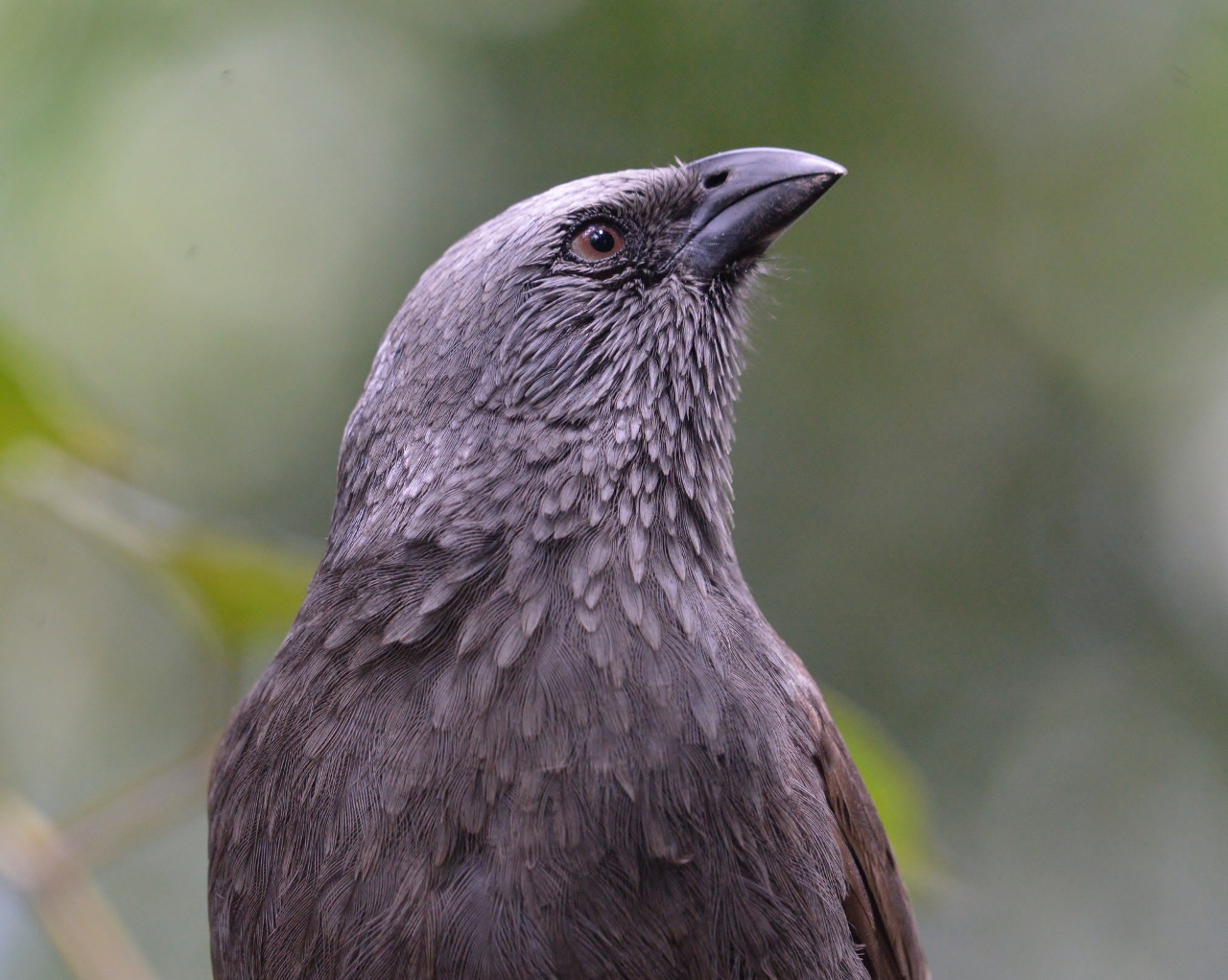 Did you know that Apostlebirds have a strong musty smell? (Struthidea cinerea) © Peter Storer

Apostlebirds feed mainly on seeds and invertebrates gathered on the ground. When disturbed, they tend to fly to the nearest cover and utter loud scolding calls. They often sit huddled together on a single branch in the shade where they spend time preening or allopreening. They are cooperative breeders, where more than two individuals combine to care for the young from a single nest. This reproductive strategy is rare in birds, being reported in only 6% of all species worldwide. Interestingly, more than 25% of the world’s cooperative breeding bird species are Australian oscine passerines, showing a strong geographical bias that is possibly related to our unpredictable climate. 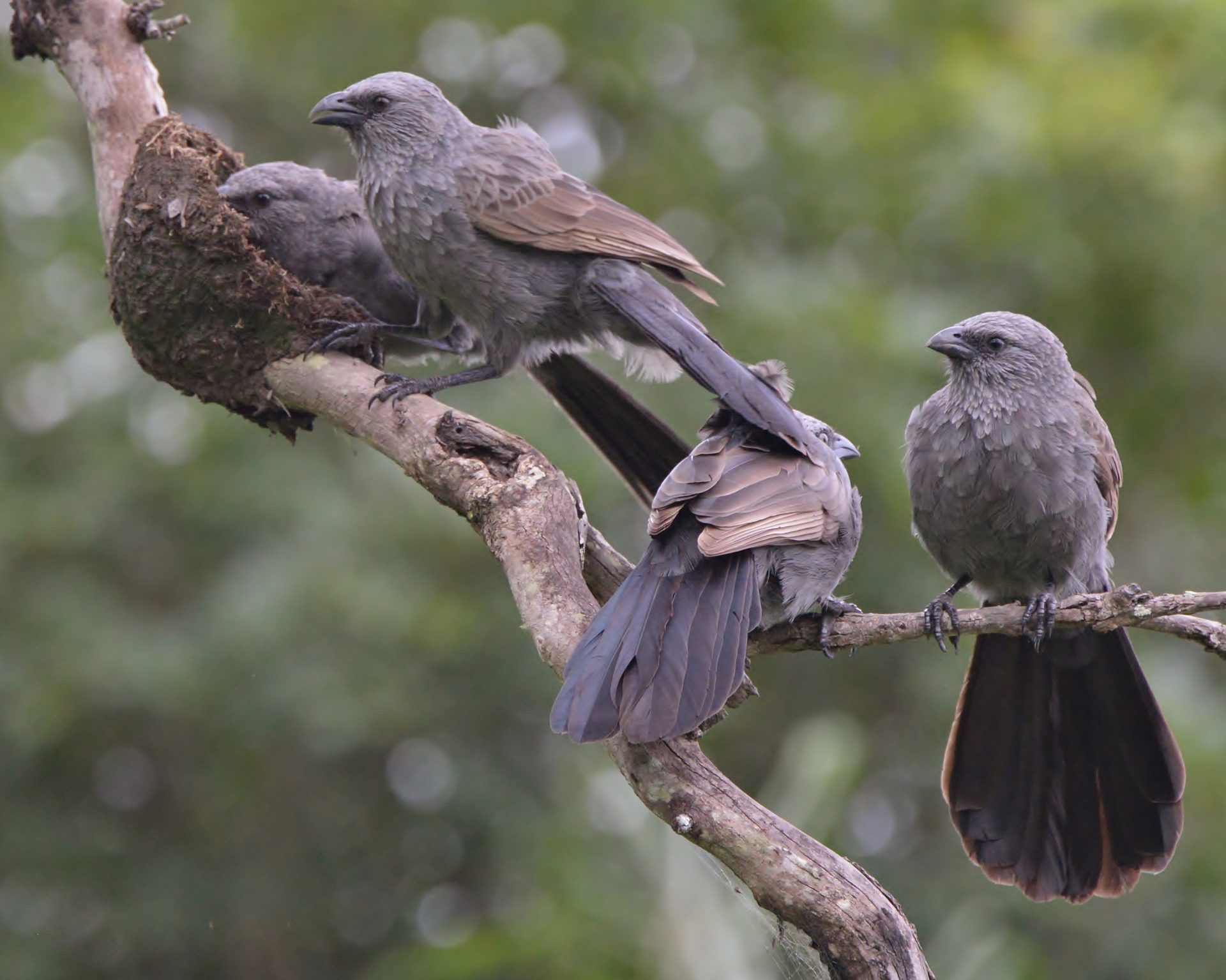 Both sexes of Apostlebird are philopatric (they tend to remain in the area in which they were born) and both act as helpers when rearing young. Yearling birds, which are lighter and have shorter wings, are less likely to help than older birds. Most family groups comprise a monogamous breeding pair that produce all the offspring, and these birds tend to be less closely related than other potential matings within the group, thus reducing the risk of inbreeding. 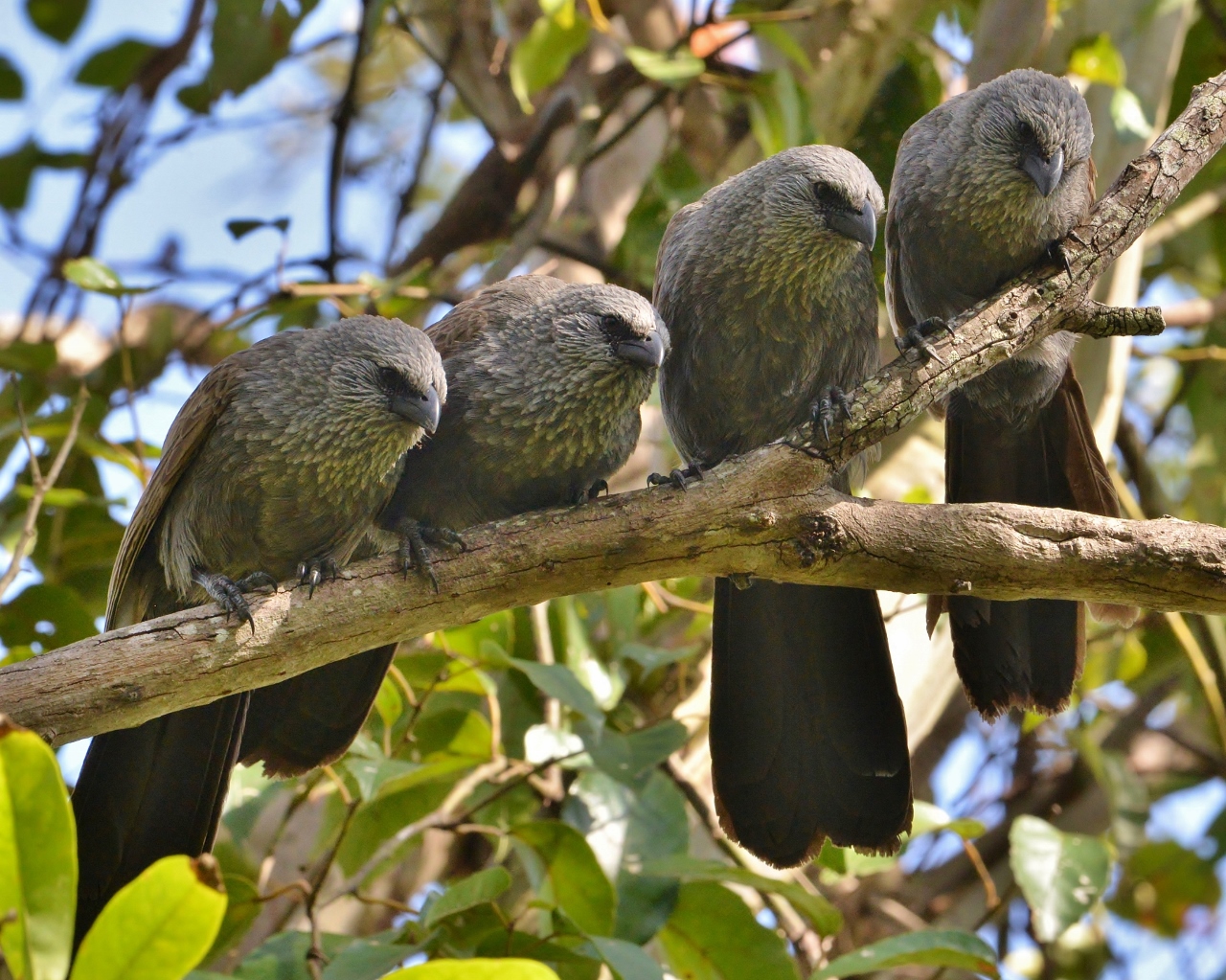 Courtship involves one or both birds offering a twig or food, then the pair walk side by side quivering. They drop the offering, touch bills and then beat their wings rapidly before a brief copulation. Clutch size ranges from 1 to 8 eggs (average 4), the incubation time is 15 to 18 days and chicks remain in the nest for about 17 to 22 days. Male helpers provision nestlings more often than female helpers, whereas female helpers and the breeding pair are more likely to incubate the eggs. Fledglings are dependent on the adults for about 10 weeks. Annual fledging success increases with group size and larger groups are also more likely to produce two broods in a year. There is no evidence that a larger number of helpers reduces the likelihood of nest predation. 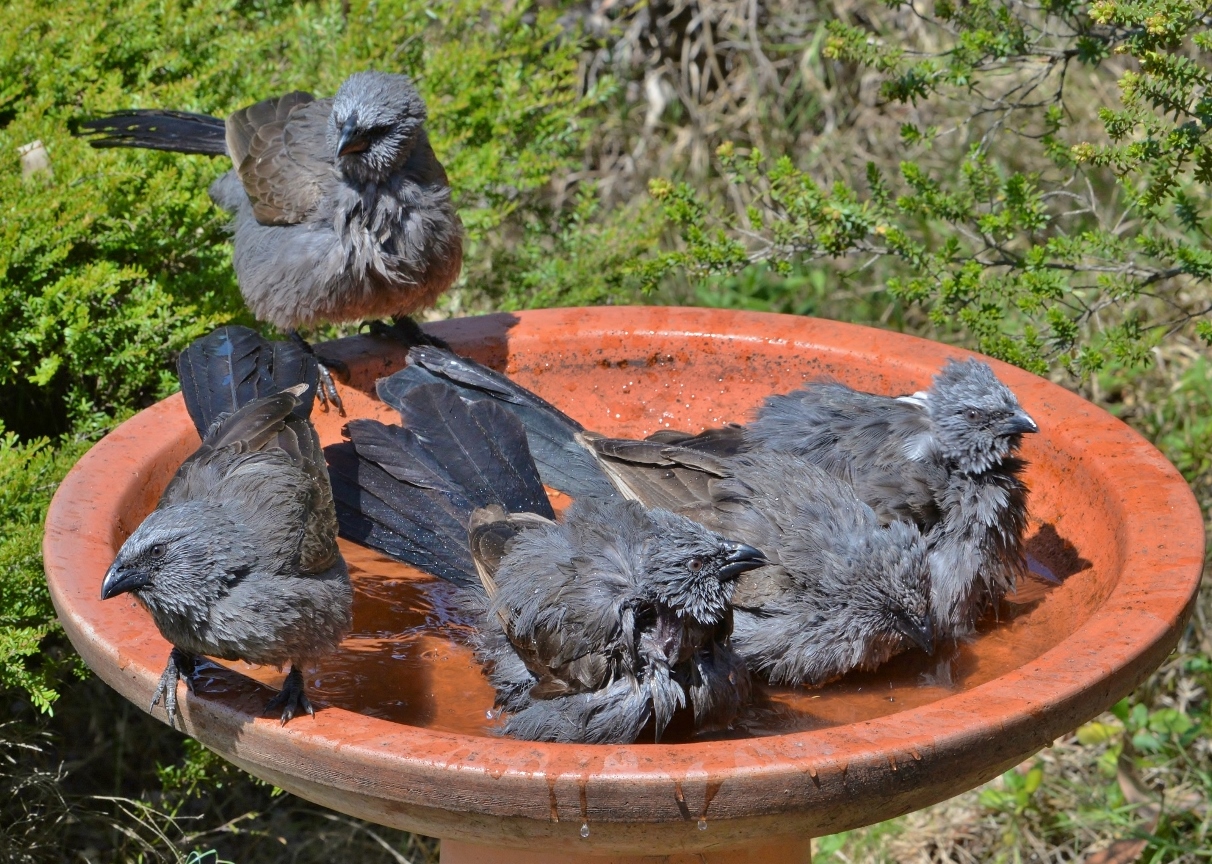 This bird bath was full before the Apostlebirds jumped in! (Struthidea cinerea) © Peter Storer

Next time you see a family of these mud-nesters, spare a thought for the complex social hierarchy you are witnessing.