The Grey-tailed Tattler (the Tattler), a medium sized migrant to Australia, is found along the Queensland coast and off-shore islands. The Tattler’s English name derives from the birds’ tattling as it is often the first species to give a warning call.

The Tattler can hardly be described as a spectacular bird having an overall uniform grey appearance. However, the grey upperparts together with its long wings and bright yellow legs with a medium length straight bill distinguish it from other shorebirds, except the uncommon Wandering Tattler Tringa incanas. When the Tattler moults into breeding plumage the smudge of grey on the breast becomes dark grey barring with only white undertail coverts, lower belly and vent. It may only be grey and white but the subtlety of the barring is quite alluring. 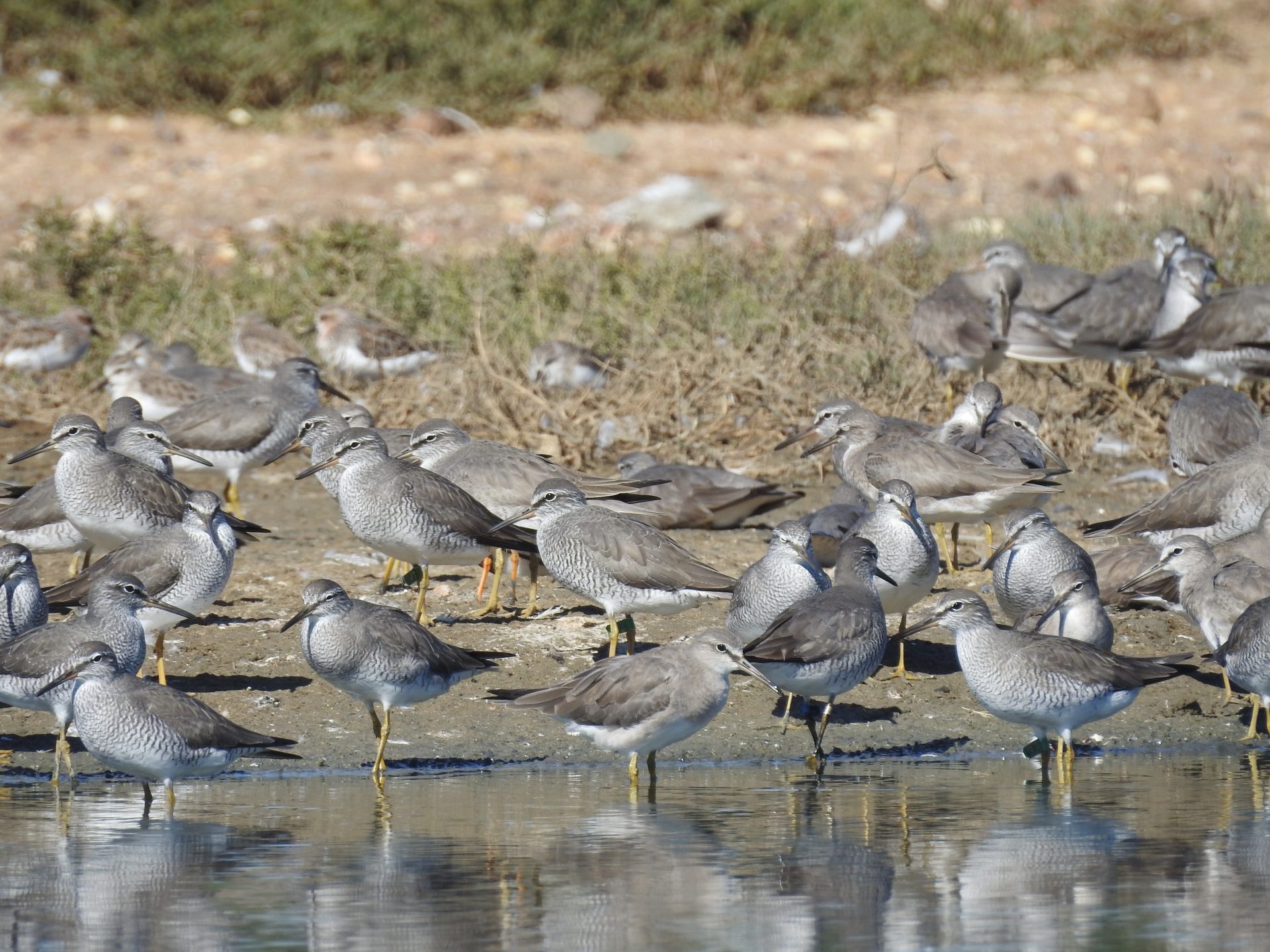 The fresh plumage of the juveniles arriving in late September has a distinctive white speckled appearance to the tertials and scapulars. 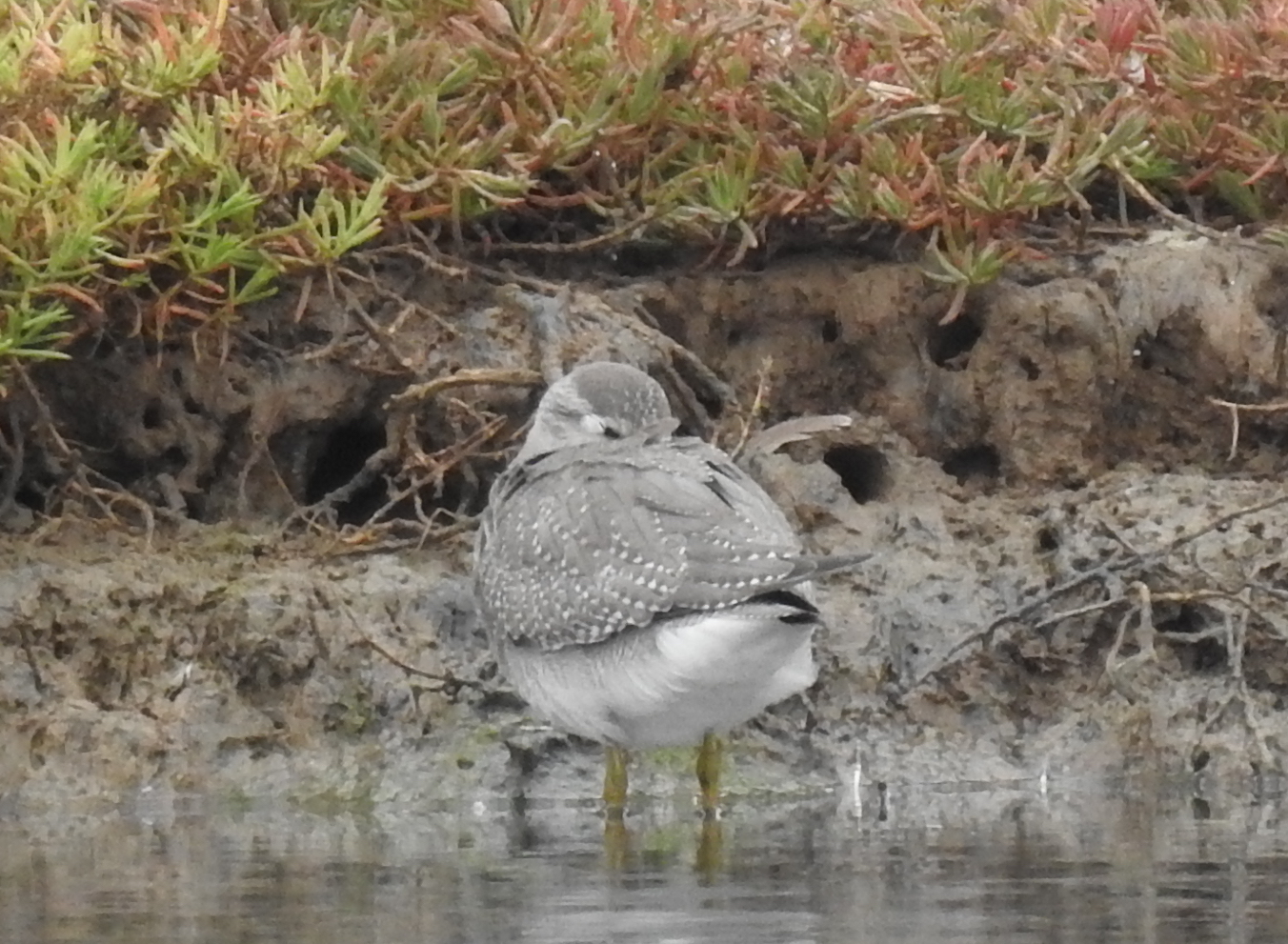 In late April to early May, Tattlers depart for the breeding grounds in north-east Siberia where they nest on the stony riverbeds in the mountains. According to the most recent population estimate of the species for the East Asian-Australasian Flyway, the Australian population accounts for 64,360 of the total population of 70,000 (Hansen, B.D.).

Tattlers forage by walking slowly picking up food by sight or probing, eating insects, crustaceans and other invertebrates. At high tide they are known to roost in large flocks but are well known for roosting in mangroves on higher tides. While Moreton Bay is a stronghold for the species, for those who have been to the “Shorebird Capital of Australia”, Roebuck Bay, WA, a spectacular site is the hundreds of Tattlers and other species roosting on the aptly named Tattler Rocks with the turquoise waters as a backdrop.

As a result of the fitting of leg flags engraved with a unique code, a lot of data on the migratory behaviour of Tattlers has been gained. Observations have shown the islands of Japan are major staging sites for Queensland Tattlers, particularly northern migration, while the population in north-western Australia migrate further west via China and Korea. Based on banding and observation data, some individuals are known to have reached at least 12 years of age. Adding to the data collected, between 2011 and 2013 the Queensland Wader Study Group’s banding team fitted geolocators to birds. While only 3 of the geolocators have been retrieved, the data provided further information on the birds’ migration, particularly timing, speed and staging and breeding areas (Coleman J.T.).

At the time this newsletter is published, adult Tattlers will be on northward migration to the breeding grounds. Despite the threats facing them, some will make it and breed successfully before setting off on the arduous flight back to Queensland.