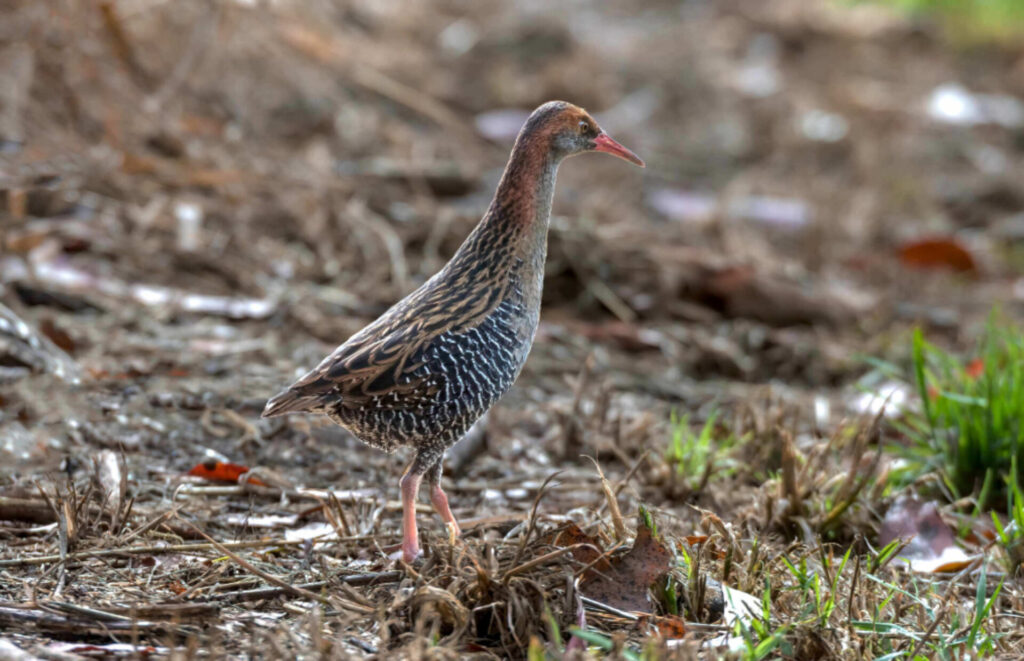 Graham Donaldson’s picture of a Lewin’s Rail at Bellbird Grove in Brisbane might give the impression that Lewin’s Rails spend time in the open and are easy to see. They are not. Graham, and Peter Storer, who took the second picture at South Pine River (and had other photos equal in quality to Graham’s), had to work very hard over many hours – and under a good deal of discomfort – to bring off such great images. Peter’s image would normally count as a very good view, as Lewin’s Rails are amongst the most skulking of Australian birds – though not quite in the same league as the Night Parrot. Indeed, there are Australian birders with lists of over 600 who have never seen a Lewin’s Rail. This does not mean they are particularly rare, nor are they particularly shy. If seen well, they are easy enough to identify. They are most similar to Buff-banded Rail, but with a longer bill than other crakes and rails, a long neck, chestnut through the eye, grey breast, and fine white barring on the wings and flanks, and buff streaking on the back.

Usually – as one would expect from a major skulker – it is their calls that give them away. It helps that these are distinctive and loud. The most commonly heard is a reverberant and far carrying ‘kek’ call, up to ten or more times and variably spaced in short or longer bursts. A second is a peculiar low grunt, and a third is a more squeaky, higher pitched grunt followed by a low knock, repeated. This can finish with a rapid ‘roll’ of knocking calls. 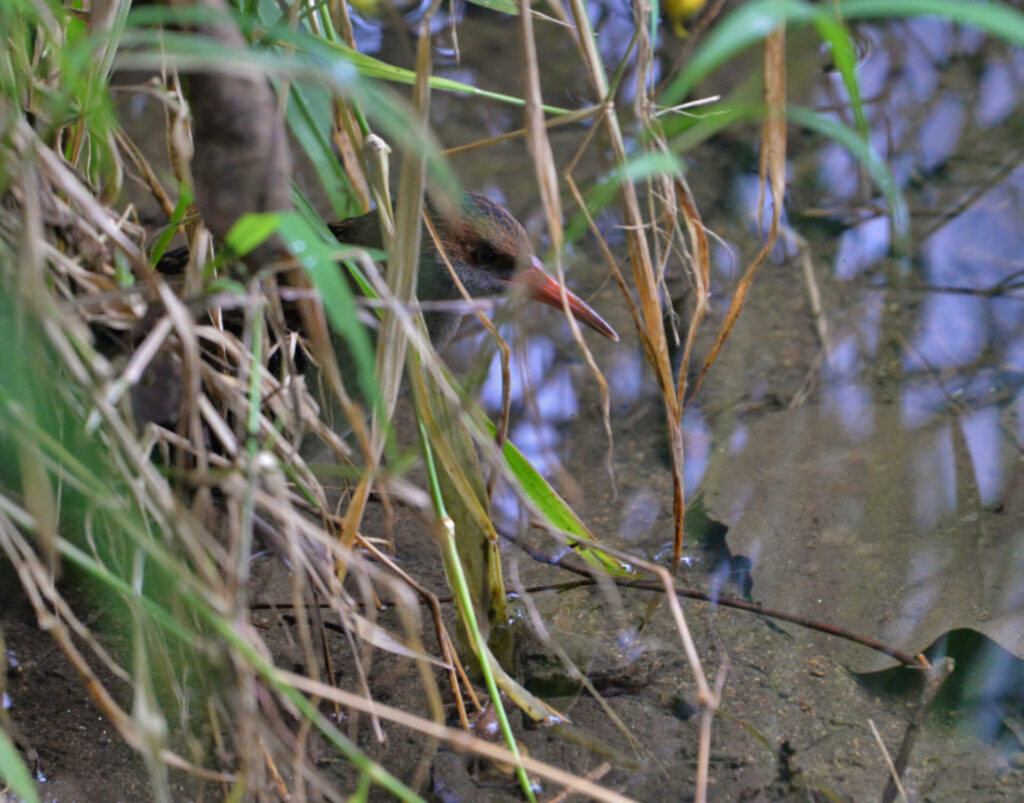 Lewin’s Rails need dense aquatic vegetation where they can hide, but they also like dense fringing waterside shrubbery. Their distribution is patchy over eastern and south-eastern Australia, mainly on the coastal side of the Divide and in Tasmania, but with several breaks in distribution where they appear to be rarely recorded. The best places to see them are favoured spots in the capital cities of Adelaide, Melbourne, Sydney and Brisbane (they are probably extinct in WA). In Queensland they are most often recorded in the south-east north to Gladstone, with only a few records further north, mainly around Cairns (and in PNG). There appears to be little evidence that they migrate, though they do move around locally according to where conditions are suitable. In Brisbane, there are three favoured sites where they are recorded most regularly: Lake Samsonvale, Kedron Brook Wetlands Reserve, and Sandy Camp Road Wetlands. However, they also can be found widely in much smaller swampy sites, and even along thickly vegetated creeks.

The best chance of seeing them is to visit one of their favoured sites, and to listen out for their calls in spring and summer. Get to the site early, for they call most early in the morning (or around dusk). Look for a break in the aquatic vegetation and sit and wait. With luck, one will walk across. Sometimes they will also climb up the plants to look around. But be prepared for a long wait – or a lot of luck.