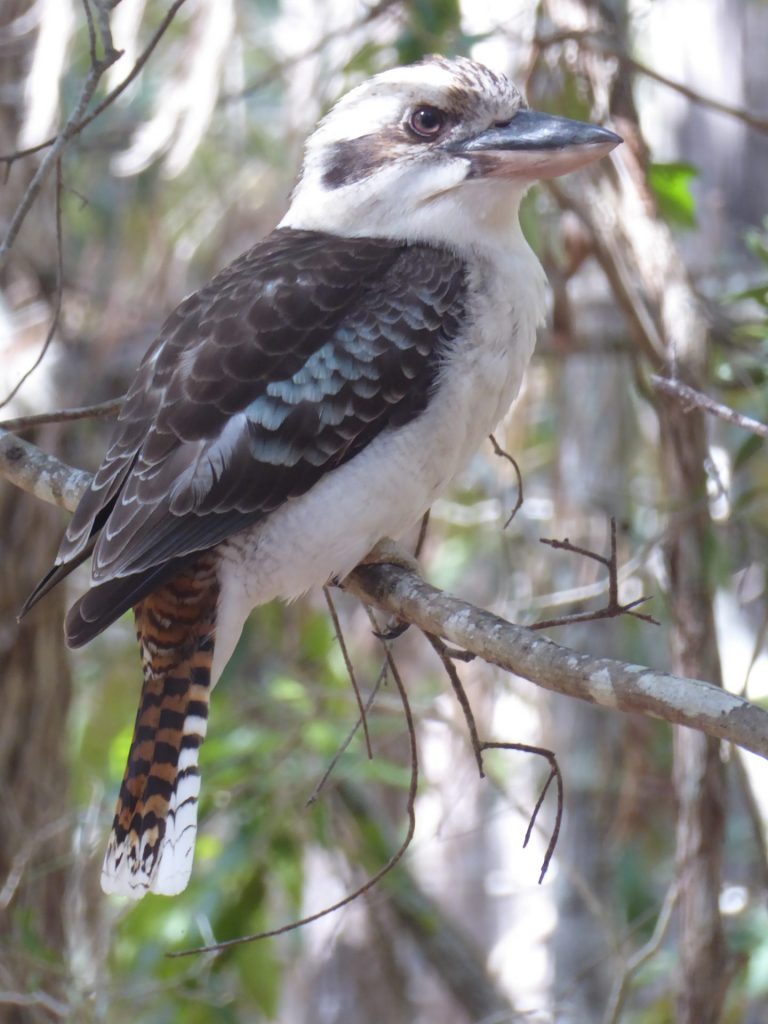 Laughing Kookaburras are thugs. From prominent perches they nonchalantly scan the ground below for smaller creatures, impervious to the agitated attentions of smaller birds worried about the safety of their young. When movement betrays the whereabouts of a lizard, insect, or other prey, they pounce heavily with a stab of their huge beak, carrying the victim back to their perch to beat it senseless before swallowing with a quick flick and a gulp.

Their thuggery starts early in life.
The typical clutch of three eggs hatch asynchronously, so by the time the last nestling hatches, its siblings have grown larger. Nestlings commonly attack each other using a sharp, downward-pointing hook on their upper beak, specially adapted for siblicide.
These attacks result in the death of the youngest nestling within days of hatching in one-third of nests. Yet, they are endearing thugs.

Their raucous laughing-song choruses are a quintessential component of the Australian bush soundscape, and who can resist a smile to that laughter? Heard mostly at dawn and dusk, the laugh chorus is actually an aggressive signal broadcast by a pair or family group to let other kookaburras know that the territory is occupied. Kookaburras are fiercely territorial, with each group defending large, permanent territories that typically range in size from 6 to 89 hectares.

Disputes over territory boundaries are usually resolved through ritualised flying sorties and raucous chorusing from either side of the boundary.
However, a challenge for the breeding position can escalate to a physical fight, the protagonists locking beaks to try and twist one another over; serious fights can end with the stronger bird overpowering and killing its opponent. Within groups, there is an etiquette to singing if harmony is to be maintained. In groups with a stable dominance hierarchy, helpers stay silent during the day to avoid attack from the same-sex dominant breeder who interprets a helper having a laugh as a challenge to their position. 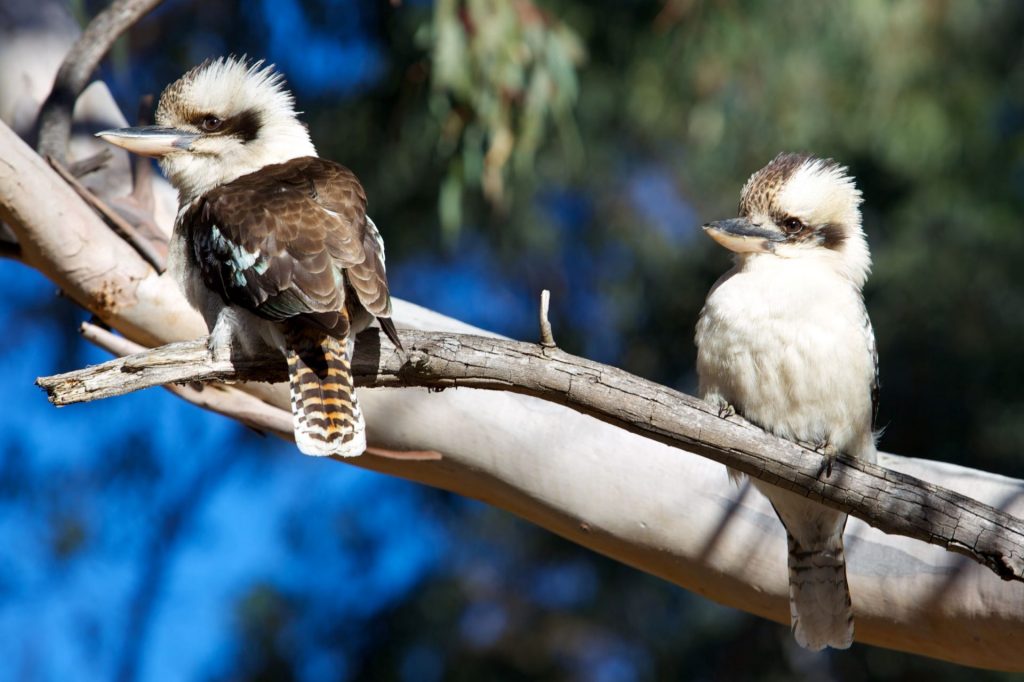 Laughing Kookaburras are facultative cooperative breeders. When the number of adult birds exceeds the availability of territory vacancies, young birds remain with their parents while they wait to either fill a vacancy in the neighbourhood when an established breeder dies or pair up with a neighbouring helper of the opposite sex to squeeze out a territory at the edge of one or both of their natal territories.
Successful breeders accumulate up to six hangers-on in this way. While they wait for a breeding vacancy, the young adults help their parents with subsequent breeding attempts.

Helpers of both sexes assist the breeding pair with incubating the eggs and feeding the young. In many cooperatively breeding birds, helper contributions increase the care provided to the young, particularly through provision of more food.
However, Laughing Kookaburras are bludgers; parents reduce their workloads when they have helpers, even though this results in nestling starvation in some cases.

Helpers never lose sight of the bigger prize, regularly exploring for breeding vacancies up to 15 km from their natal territory and occasionally hanging out with other groups for a while just before the breeding season starts.

Having too many helpers becomes a liability though, reducing nest success, particularly when helpers are daughters since they provide poorer quality care when they are not the breeder.
To counter this, the breeding female manipulates the sex of her eggs, laying more male eggs as the number of female helpers in the group increases. Who thought that the social system of such a joker could be so complex?