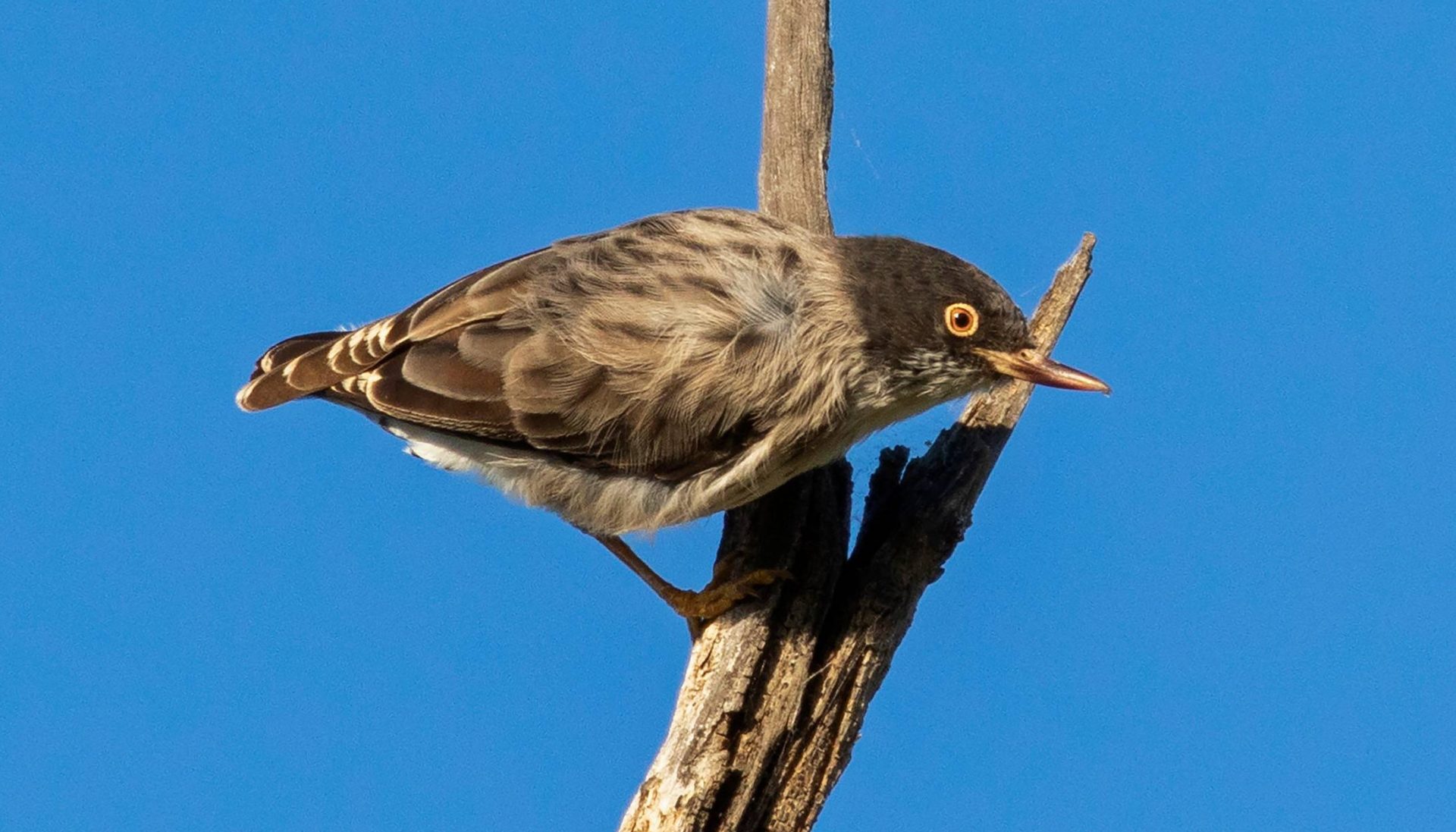 Until about 40 years ago, the Varied Sittella was treated as five distinct species which replaced each other around the continent, each differing in the coloration of the head and/or wing-bar, as well as in the amount of striping on the body and the length and pattern of the bill. In 1950, however, the American taxonomist Ernst Mayr made the irreverent suggestion that all of these species belonged to one “super-species” with each “semi-species” inter-breeding with its neighbours wherever their ranges abutted. Acknowledging Mayr’s proposition, J.D. (Jim) Macdonald, BQ’s first president2, nevertheless maintained the five species in his Birds of Australia3. But by the 1980s, after a decade of specimen-collecting in hybrid zones, it was clear that Mayr was right, and that all five forms were better treated as subspecies of a single species. Indeed, if you visit the Barcaldine-Longreach region, you may be hard pressed to assign the local sittellas to any one of its subspecies8. 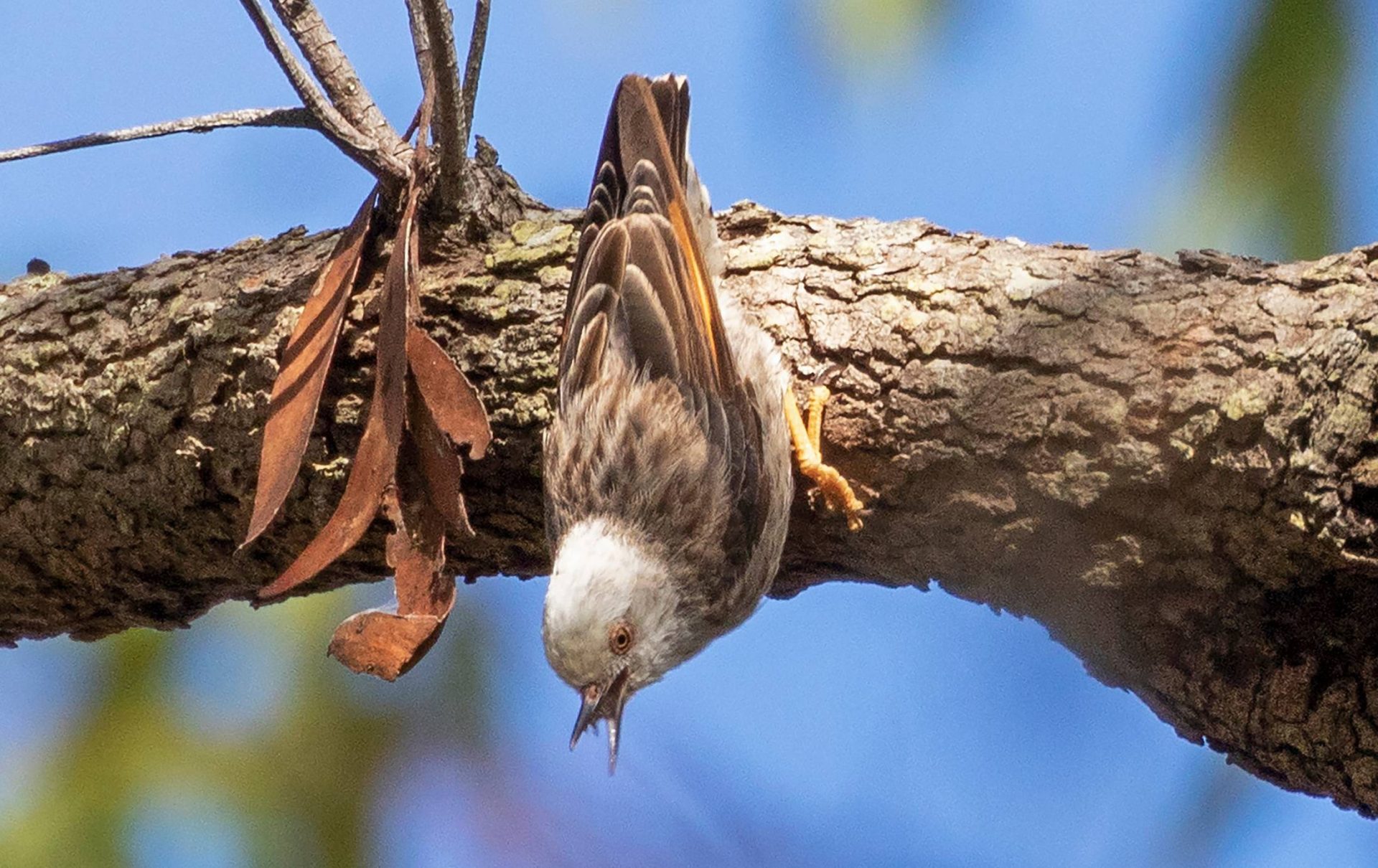 But do Varied Sittellas occur outside Australia? Those of you who have ventured a mere 200 km north of Queensland to one of the most fantastic birding regions of the world – New Guinea – would know of two sittellas. The enigmatic Black Sittella D. miranda occurs only on the highest mountains. The second species, of lower altitudes, is considered by some to belong to the Varied Sittella complex6,7, and by others1 as a separate species – the Papuan Sittella D. papuana – based mainly on its lack of a distinctive wing panel and its confinement to montane rainforests. Like the Australian version, the Papuan/Varied Sittella comprises five subspecies. Intriguingly, while females of the Australian races have more black, and less white, on their heads than males (except in the local White-headed form in which the sexes seem identical), the situation reverses in the New Guinea races. 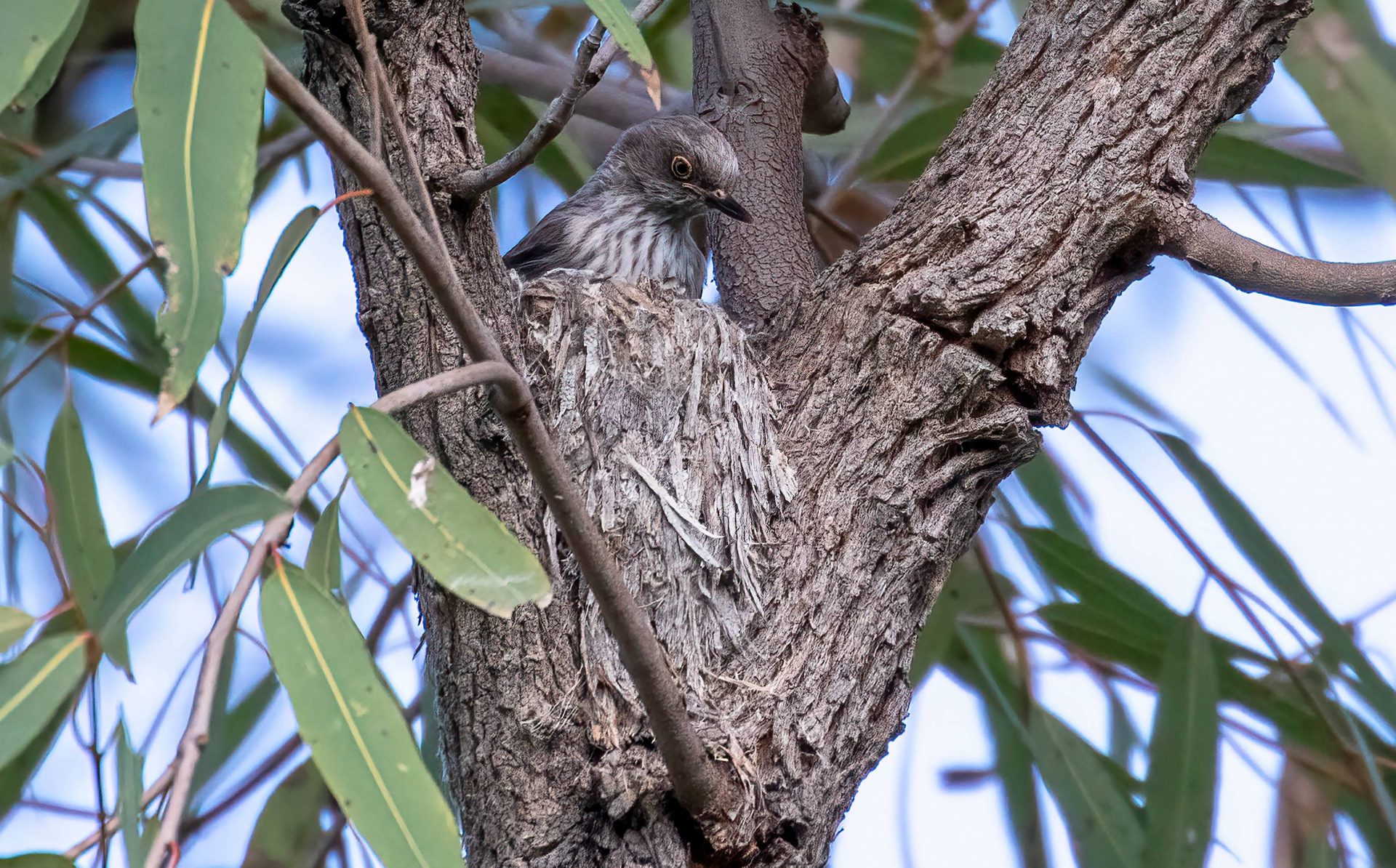 Sittellas are social, sedentary birds. Permanently occupying 10-20 hectares, groups average around five birds, which typically consist of a breeding pair and their previous broods. Like the Grey-crowned Babbler, they are virtually obligate cooperative-breeders, meaning that couples are pretty hopeless at raising their young without some help from the rest of the group. For example, constructing and decorating the perfectly camouflaged nest, invariably wedged into a vertical, dead forked branch, is a group effort. Although incubation is the sole responsibility of the breeding female who sits for 60-90% of the time, with bouts lasting up to an hour at a time, she might starve if rest of the gang didn’t provide her meals both on and off the nest5. Once the eggs hatch, it is not uncommon to see three or four birds queuing up enthusiastically next to the nest for an opportunity to feed the chicks. At roosting time, all group members huddle together along a horizontal dead branch, latecomers squeezing between two already present, sometimes forcing the end bird literally off its perch! Despite these antics, young ones always wind up in the middle, while the oldest males keep watch at either end4.